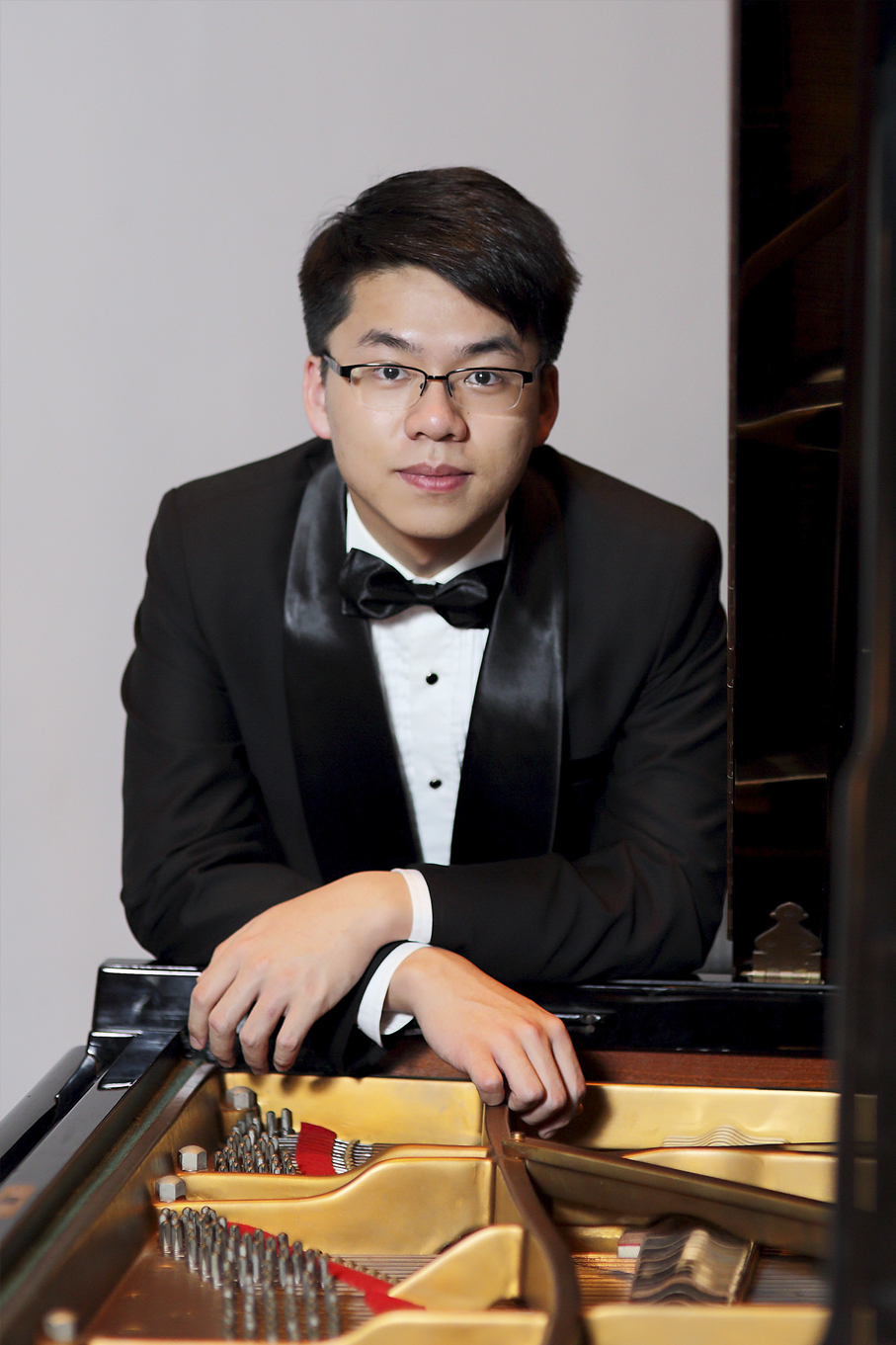 Born in Hong Kong in 1994, Hok Chun Chung received his first piano lesson at the age of nine. In 2008, He was admitted in HKAPA and study with Professor Gabriel Kwok until he graduated his undergraduate study. He continued his study as a full scholarship postgraduate at the Royal Academy of Music in 2016, with Professor Christopher Elton. Recently, Chung is studying with Professor Fabio Bidini at the Hochschule für Musik und Tanz Köln. Chung has given performances around the world, including United Kingdom, Germany, China, and the United States. The orchestras he has performed with include the ABRSM Orchestra, the HKAPA Academy Symphony Orchestra and the Hfmt Cologne Orchestra and the Orchestra Filarmonica “Mihail Jora” di Bacau. Chung is also a prize winner in various competitions. Recent awards include: 1st Prize in Karlrobert Kreiten Competition in Germany, and 1st Prize in the Sardoal International Piano Competition.