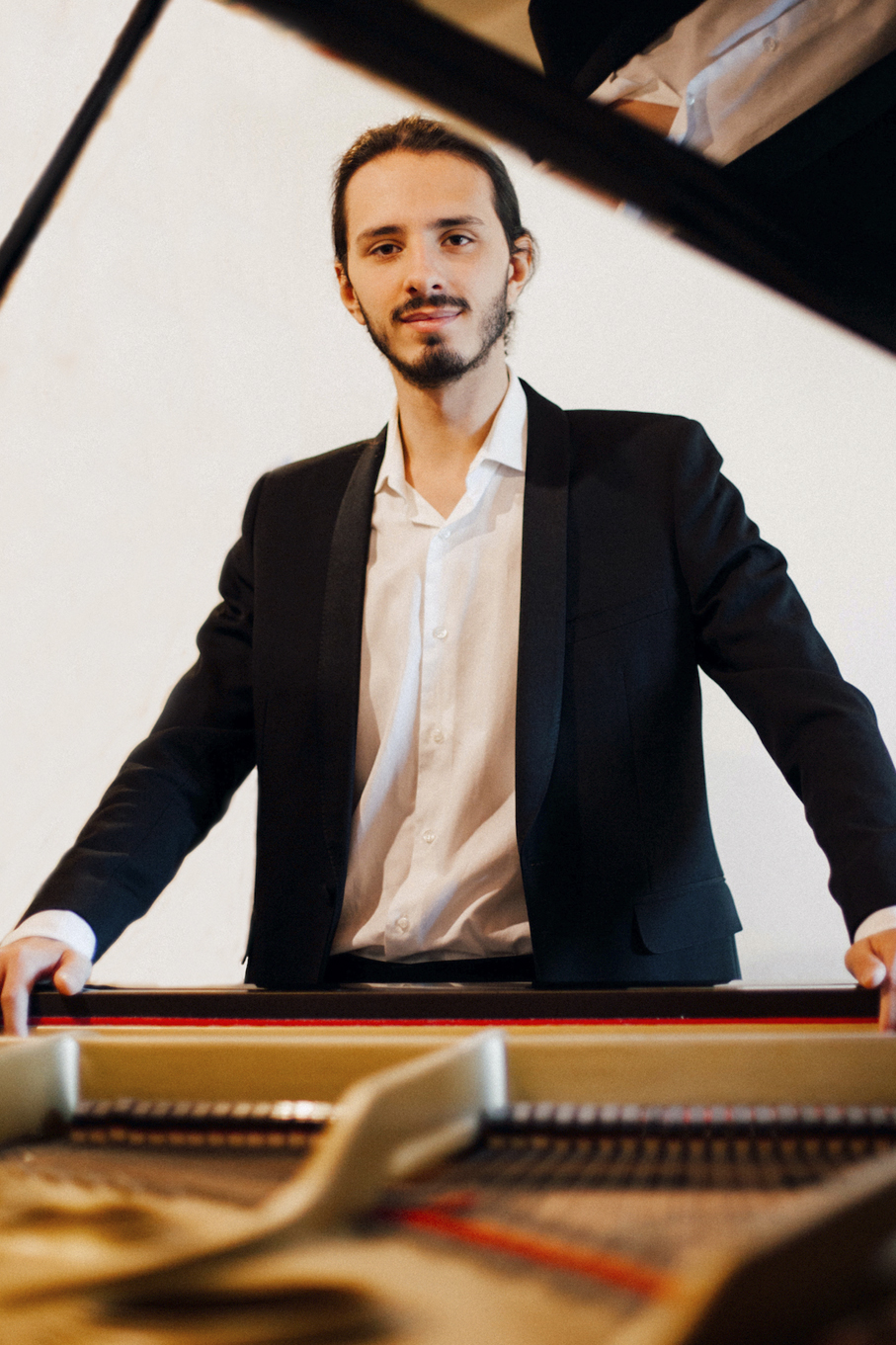 Nicolas Giaocomelli obtained his diploma in piano at the Conservatory of Bologna when he was only 16 years old, obtaining full marks, praise and special mention. He has been studying at the International Academy “Incontri col Maestro” in Imola for more than 10 years as a student of Leonid Margarius, the main figure in his specialization path. In 2021 he also obtained the Diploma in Composition. He has given concerts for important European Associations and Festivals, including the Associazione Mozart Italia, the Amici della Musica of Padua, the Bologna Festival and the Festival d’Auvers-sur-Oise. He has performed in prestigious venues such as Fazioli Concert Hall, St. Mary the Virgin Church in Oxford, Teatro La Fenice. He has been awarded prizes in over 30 international competitions, including Piano Campus International Competition (Paris), Premio Venezia, NTD International Competition (New York). In 2016 he received an award from the President of the Chamber as Italian musical excellence.