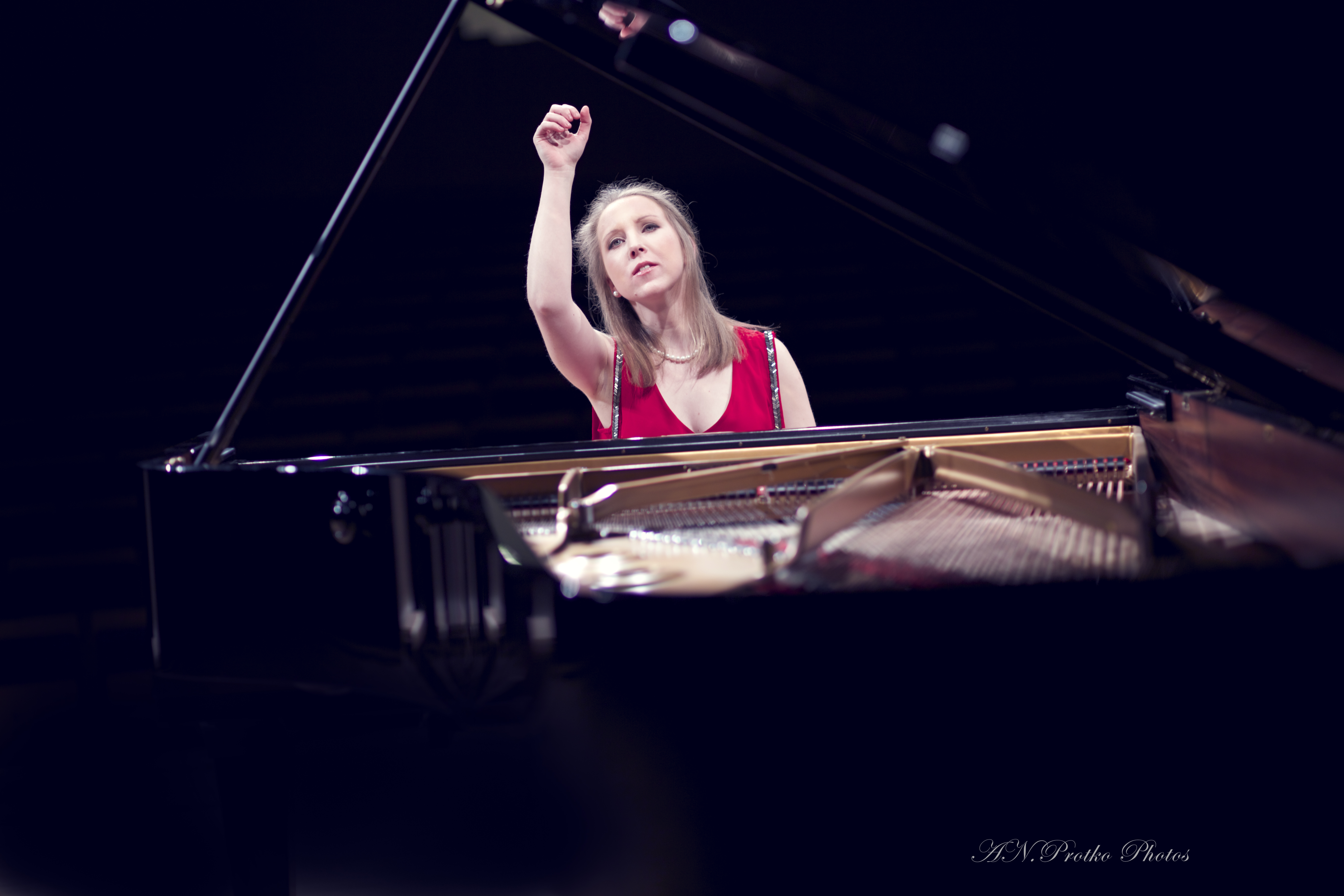 A Latvian pianist, Antonina Suhanova has been performing on international stages since 2000. At the age of 5 she began piano studies at Pavuls Jurjans Riga Music School with Ludmila Kiselenko, making her concerto debut at the age of 8. She continued her professional development at Jazeps Medins Riga Secondary Music School with Gunta Boža and at Jazeps Vitols Latvian Academy of Music with Professor Juris Kalnciems. In 2012 Antonina commenced her studies at the Guildhall School of Music and Drama (GSMD, London) under the tutelage of the distinguished British pianist Ronan O’Hora. She attended numerous master classes of world-renowned pianists, including Vladimir Ashkenazy, Dmitri Bashkirov, Boris Berman, Idil Biret, Pavel Gililov, Jacques Rouvier, Matti Raekallio, Richard Goode, Robert Levin and Yefim Bronfman. Antonina holds a Bachelor’s of Music degree, a Master of Performance and an Artist Diploma with distinction from GSMD; her studies were generously supported with a full scholarship throughout the years.

Antonina performed at renowned festivals in the United Kingdom, Italy, Germany, Netherlands, Latvia, Switzerland, Austria and Russia. She made her debut performance at the Barbican Hall with the Guildhall Symphony Orchestra under the baton of Adrian Leaper as a finalist of the Guildhall Gold Medal Prize in May 2016, returning in December of the same year to perform a solo recital.

Performances of Antonina Suhanova have been broadcasted by Latvian Radio 3 “Klasika”, Russian TV Channel One, Switzerland radio Espace 2 and BBC 3.

Antonina is the winner of Hattori Foundation Senior Award, Kenneth Loveland Gift, Help Musicians UK, Drake Calleja Trust, and the William Brown prize in the Scottish International Piano Competition (2017). In March 2018 she was nominated for the International German Piano Award 2018.

She completed the Artist Diploma course at GSMD in July 2018, and was awarded a fellowship for the 2018 / 2019 academic year.

In November 2018 she made her debut performance at the Wigmore Hall, being broadcast live on the BBC Radio 3.