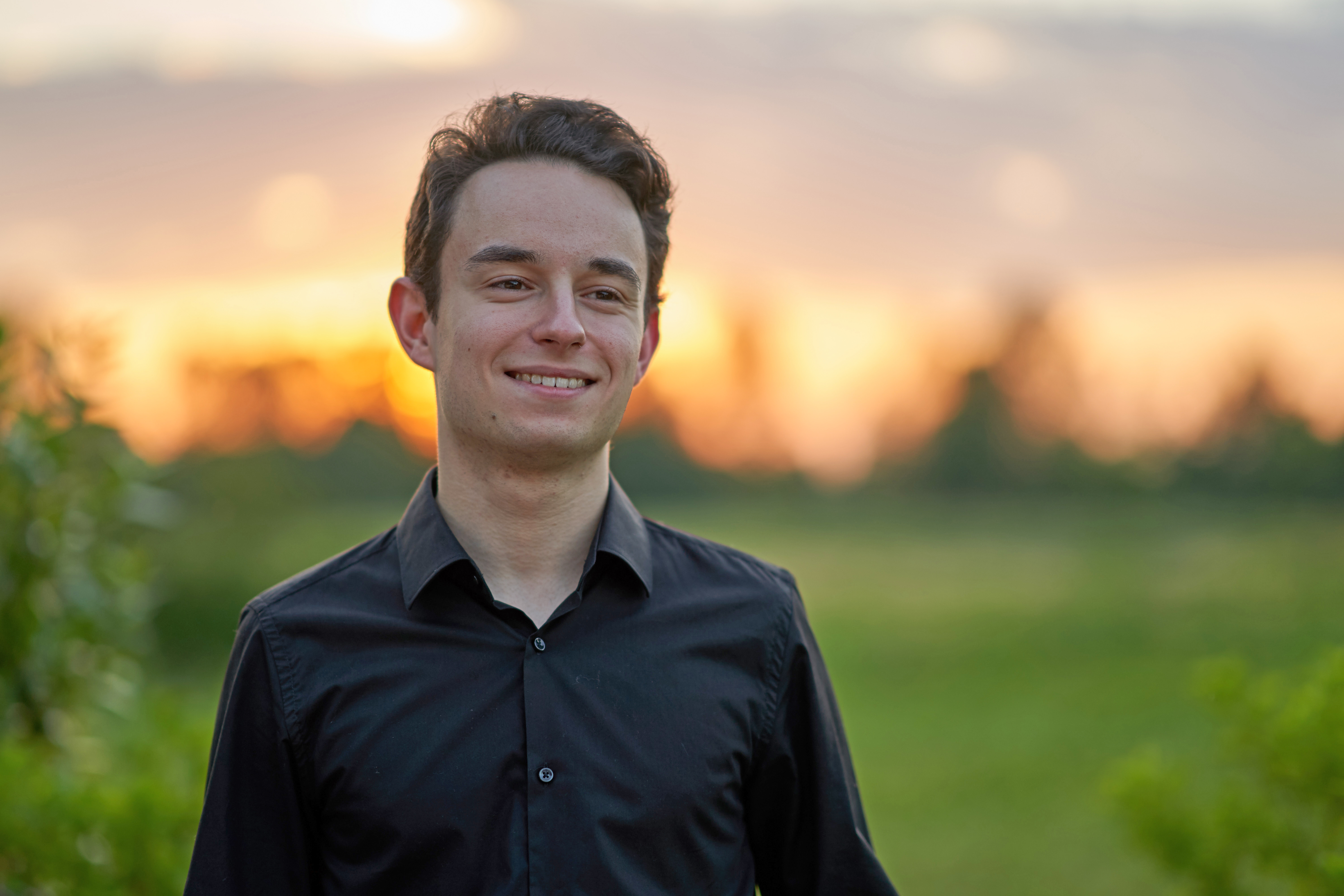 Axel Trolese was born in Genzano in 1997 and started to play the piano at 5 years old. At 15 he met Maurizio Baglini, with whom he graduated in 2014 at the “Monteverdi” Conservatory of Cremona. In 2019 he gained a Master’s degree both at the National Conservatory of Paris with Denis Pascal and at the National Academy of Santa Cecilia with Benedetto Lupo. During his training the meetings with Philippe Entremont, Arie Vardi, Roberto Prosseda, Michel Béroff and Jean-Efflam Bavouzet were the most important.

He is fond of French music; in 2016 he recorded the album “The Late Debussy”. Highly appreciated by critics, he obtained numerous reviews on magazines such as Repubblica, Musica and Amadeus. Due to the awards gained at numerous competitions, (Grand Prix Alain Marinaro, 1st prize at Premio Melini, Ettore Pozzoli, 2nd prize at Premio Venezia), he managed to play in prestigious venues both in Europe and worldwide, such as the Auditorium Parco della Musica, La Fenice , the Auditorium of the Violin Museum, IICs of Paris and Budapest, the Millennium Concert Hall in Beijing, the US Embassy in Paris, Villa Médicis, Palazzo del Quirinale (live from Radio3), the Museum of Fine Arts of Rouen, Fazioli Concert Hall in Sacile and the Weimarhalle.

From October 2019, Trolese will be an Artist in Residence of the Chapelle Musicale Reine Elisabeth in Waterloo in the class of Louis Lortie.