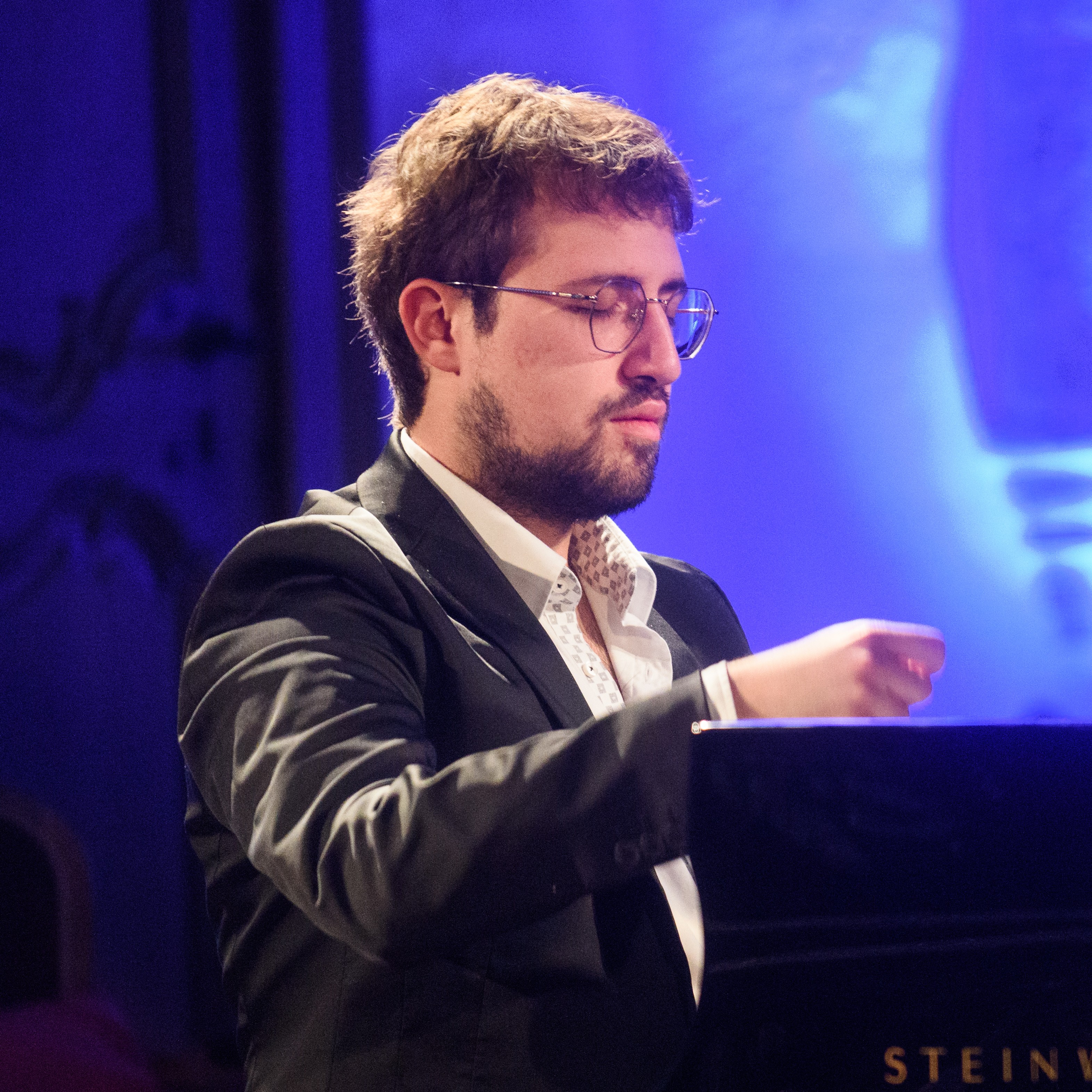 He began his music studies when he was four years old, and had private piano lessons when he was five. Showing some noticeable talent at the special admission tests, Mertol was accepted at the Bilkent University, Faculty of Music and Performing Arts, Music Preparatory Primary School with full scholarship. He has studied piano with Oya Ünler for four years and with Ersin Onay for a year. He continued his high school education and followed a special program for talented children at the same school by taking courses on Music Theory, Ear Training, with Dr. Orhun Orhon, Composition with Dr. Turgut Pöğün, Dr. Orhun Orhon and Dr. Onur Türkmen and Violin with Eda Özer.

He was accepted at the Queen Elisabeth Music Chapel (Belgium) in October 2010 with full scholarship and studied piano with Abdel Rahman El Bacha for four years. After, he studied piano under the direction of Maria-Joao Pires (2014), who invited him to the Partitura Project to share the stage on regular occasions (2015). In September 2016, he entered the Haute École de Musique de Vaud-Valais-Fribourg, becoming a student of Ricardo Castro and envisaged to complete the program in two years. As the only pianist accepted to the Master soloist program in 2018, he continued his education in the same institution. At the same time, he started the Piano and Direction courses at Fiesole Music School (Italy, Florence) in 2018. He attended master classes with Gulsin Onay, Muhittin Demiriz, İdil Biret, Edna Golandsky, Dmitri Bashkirov, Jean-Claude Vanden Eynden, Pietro De Maria, Giovanni Bellucci and Oya Ünler.

1. At the age of 7, in 2003, he won the IBLA Grand Prize Italy. The price included organization of concerts worldwide. In 2004, Mertol gave concerts at Newcastle (England), in New York including Carnegie Hall, and in Little Rock (Arkansas, USA).

2. In October 2011, he was granted the prize “Young artist of the year, in Germany” during Munich concert.

3. At the age of 23, he won the 2nd prize in the Concert Pianist category at Concours International de Piano d’Île de France (2019)

He performed with Fazil Say at Antalya International Piano Festival concerts in 2004. In 2004-2007 he played at special concerts for the President of Azerbaijan (Ilham Aliyev), for the IMF Vice President (Ann Krueger) and for the President of Israel (Shimon Peres). In 2005-2008, under the invitation of the Turkish Foreign Ministry, he gave concerts in Jordan, Lithuania and Switzerland (Palais des Nations of UN, Geneva). He played at the Spivakov Music Festival in Moskow in 2008; at the Summer of Culture Festival in Bratislava in 2009; at Belgium Royal Palace in 2010; at Vexin Festival in 2012-2014; at Beethoven Festival in Brussels in 2014.

He gave a recital  at Zita in Brussels in 2018. In 2018, he played Liszt Piano Concerto No.1 with Ricardo Castro and Bahia Youth Orchestra (NEOJIBA) in Brazil concerts to prepare the European tour with Martha Argerich. He played Beethoven Piano Concerto No.5 with Roberto Gianola and Eskisehir Metropolitan Municipality Symphony Orchestra (Turkey) in February 2019. He played at Max van der Linden Festival in Brussels in March 2019 and performed a program around the theme of water.

J. Brahms: The Variations and Fugue on a Theme by Händel, Op. 24, in B flat major