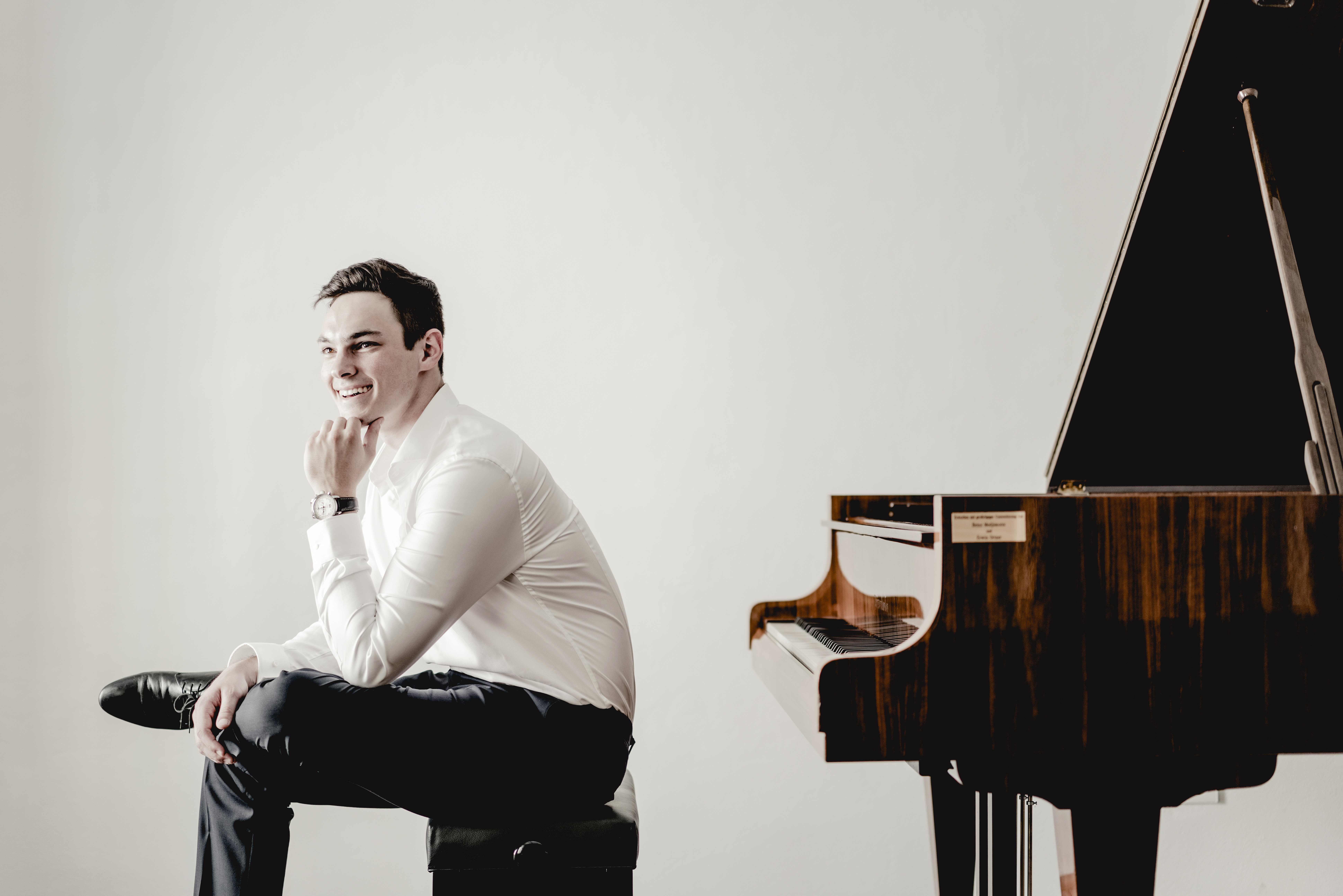 As a soloist and a chamber musician pianist Maximilian Kromer is a regular guest on leading international stages, such as the Musikverein and Konzerthaus Vienna, the Gasteig in Munich, the St. Petersburg Philharmonic, the Hanko Festival in Finland, the Mecklenburg-Vorpommern Music Festival and the Rheingau Music Festival.

He is laureate of numerous national and international competitions, such as the 15th International Beethoven Competition 2017 in Vienna, where he gained the «Erika Chary Special Prize» and the «Klemens Kramert Prize» as best Austrian participant. At the international EMCY Competition A Step Towards Mastery in St. Petersburg 2015 he won the 2nd prize (1st prize was not awarded).

Maximilian Kromer was born in Vienna in 1996. He started to play the piano at the age of 4 and learned under the guidance of Susanna Spaemann. In 2010 he was accepted at the University of Music and Performing Arts in Vienna as a junior student of Noel Flores. Since 2012 Maximilian has been studying in the class of Martin Hughes. During the season 2018/2019 he was guest of Konzerthaus Dortmund, the Mozartwoche in Salzburg, the Cartagena Festival in Columbia, the Festival de Pâques in Aix-en-Provence and the Amici della Musica in Florence.

He was laureate of the International Brahms Competition in Pörtschach/Austria and won the renown Casinos Austria Rising Star Award 2018.