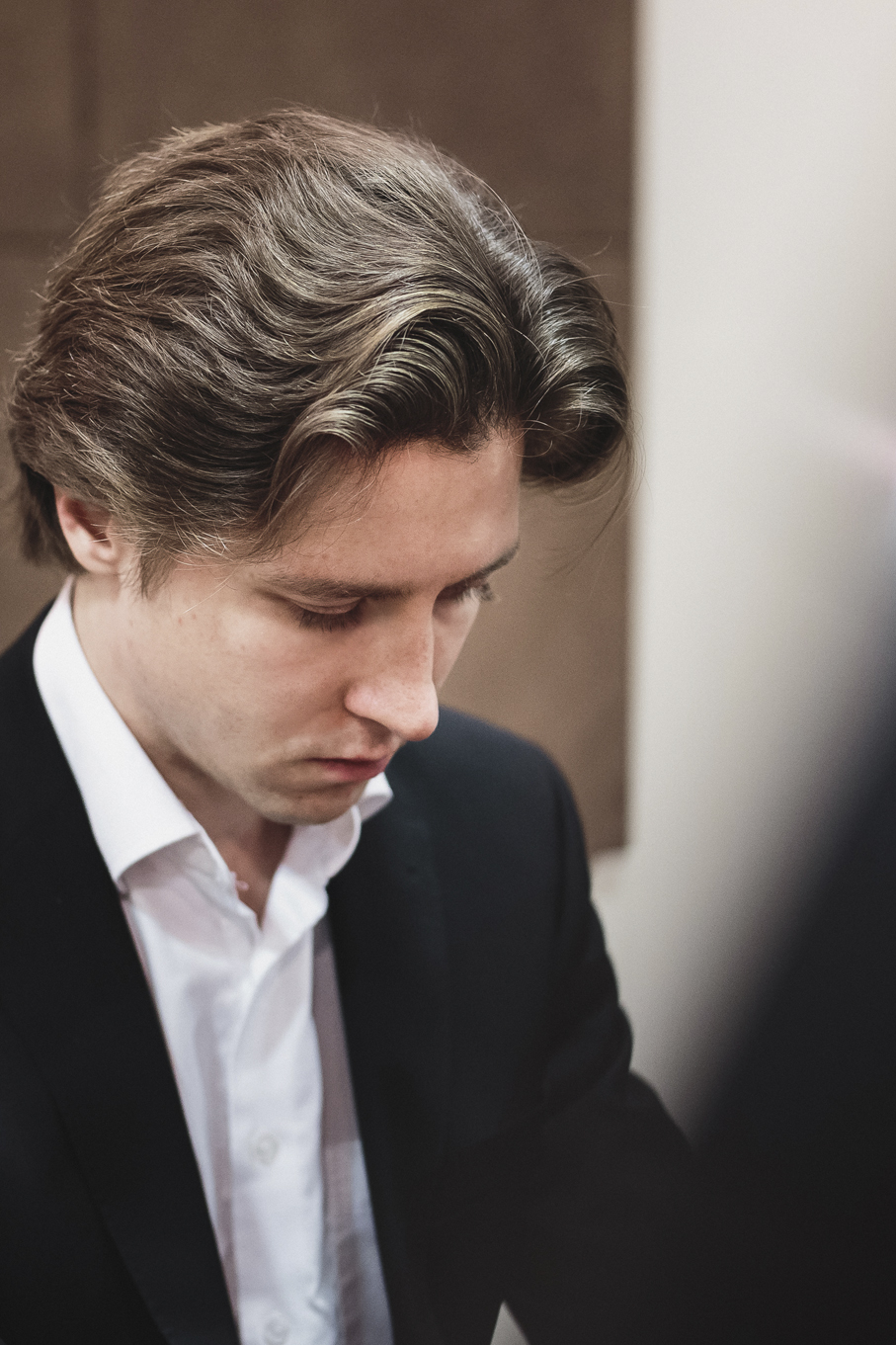 Andrey Denisenko was born on 20th of November 1992 in a family of musicians. In 2017 he graduated from Rostov State Conservatory(class of prof. Sergey Osipenko) and entered to the High School of Music and Theater in Hamburg in class of prof. Anna Vinnitskaya, on a Master degree. In 2014 he participated on the festival “Faces of modern pianism” in Saint Petersburg, Mariinsky theatre. In 2015 he won the first prize on the International Stanislav Neuhaus piano competition in Chelyabinsk. 2018 he won the third prize on the European Piano Competition Bremen, the first prize on the Elise Meyer Stiftung competition in Hamburg, Steinway Förderpreis Klassik. On June 29th he debuted in the Laeiszhalle Hamburg. In Sommer 2019 Andrey played debut recital in Tokyo and won the Grand Prix on the International Competition «Grand Piano in Palace»i n Saint Petersburg.