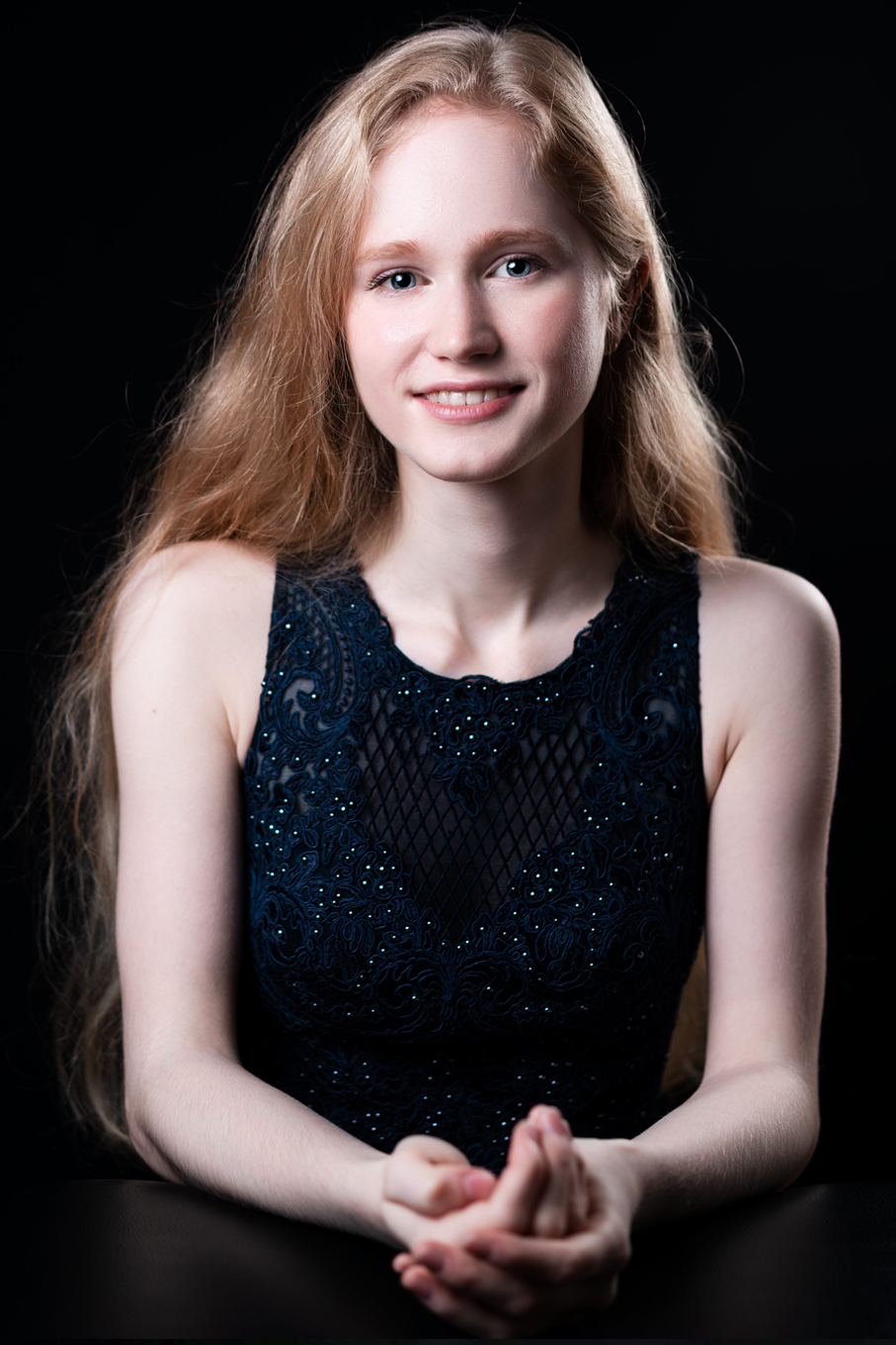 The german pianist Hanna Schwalbe (*2001 in Hamburg) started playing the piano at the age of four. She studied as a junior student in the IFF program in the classes of Dr. Elena Levit, Igor Chetuev and Prof. Christopher Oakden. Since 2018, after her „Abitur“, she continues her bachelor studies at the Musikhochschule Hanover. Since 2020 she also studies with Prof. Bernd Goetzke. In 2017 she achieved a first prize with the highest possible score in the competition „Jugend musiziert“. The following prize winner concert was published on the award-winning disk. 2017 she also archived the first prize of the Bechstein Piano Competition as well as a second place in the international Steinway Piano Competition. In 2020 she was a participant at the Glocal Piano Project of the international Busoni competition. Over the years, she has attended lessons with Piotr Paleczny, Oliver Gardon, Bernd Goetzke, Martin Helmchen and Arie Vardi. She has performed at venues as the Laeiszhalle or the Concertgebouw.