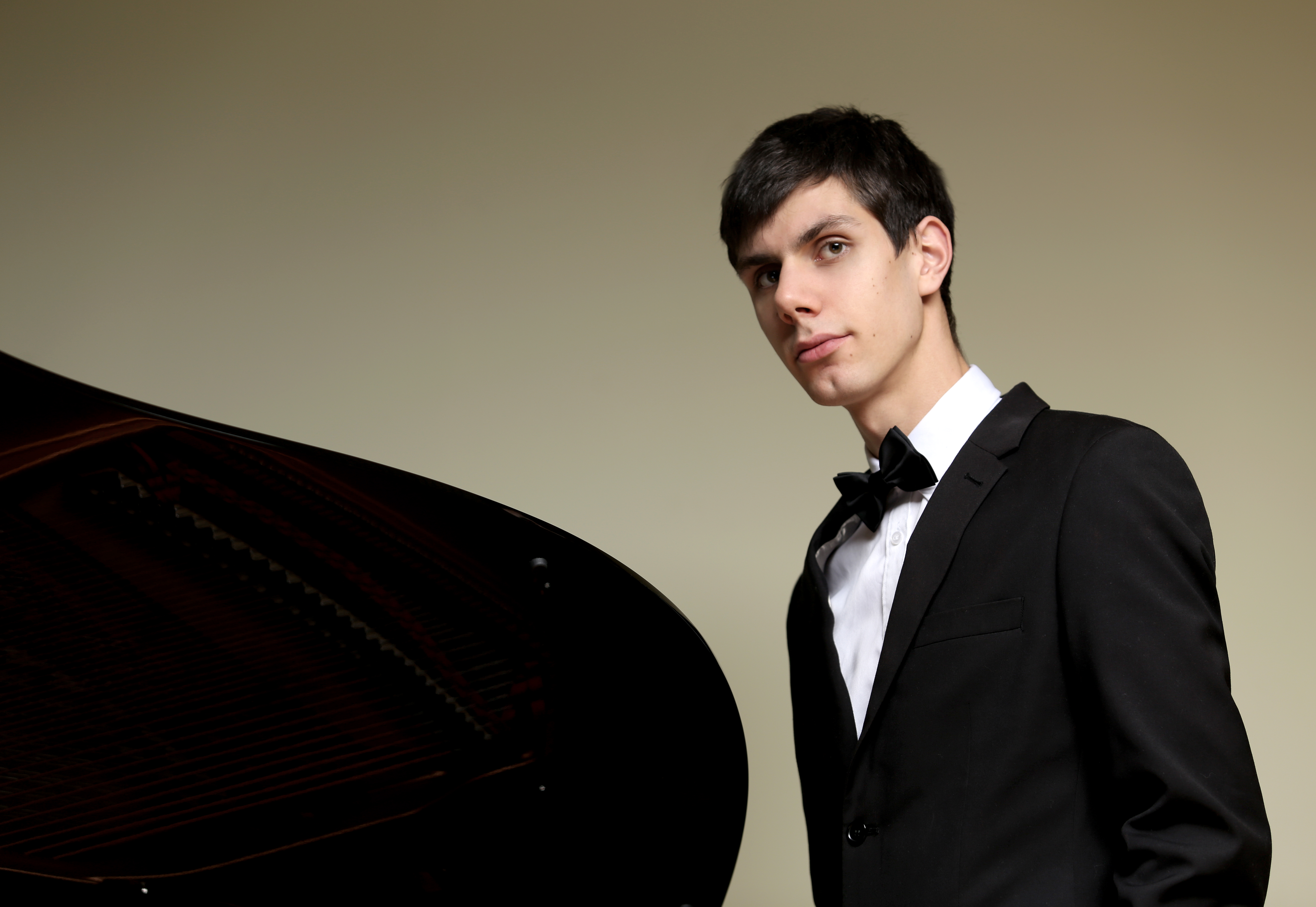 Konstantin Khachikyan was born on 28th July  1995 in Moscow; he graduated at Moscow Conservatory College in 2014. In 2014-2019 he sudied at Moscow Tchaikovsky Conservatory and got the award of the best graduate of Piano faculty in 2019. At present Konstantin keeps on studying with  Professor Andre Pisarev.

He frequently plays in the halls of Moscow Conservatory and Philarmonia. Besides he played at the Grand hall of Ural conservatory (Ekaterinburg), at Concert hall «Estonia» (Tallinn), Grand hall of Astana Philarmonia, Salle Debussy in Lyon, Lewellin hall in Canberra and others.

In autumn 2013 he was a member of the «New names» charity foundation delegation during its presentation in Charkiv and Tallinn, playing as a soloist as well as a chamber musician. In summer 2015 he gave a number of recitals in the «Casalmaggiore international festival» (Italy). He attended master-classes of «Russian piano school 2016» in Tokyo.

In February 2017 Konstantin gave a charity concert as a tribute to S. Lyapunov at the Russian Ambassador residence in Paris and was awarded with a Diploma by the “Renaissance française” society for his contribution to preserve the cultural heritage. He is a frequent participant of the concerts performed in the Grand hall of Moscow conservatory within the projects «New talents galaxy», «Chopin Valses» «To the S.Richter birthday»

In August 2017 Konstantin gave a number of recitals in Germany within “Kawai junge Elite” project and, in December 2018, his first concert at Tchaikovsky Hall of Moscow Philarmonia with the Tchaikovsky Grand Simphony orchestra. In April 2019 Konstantin, together with D. Matsuev, D. Shishkin and others, took part in the “Rachmaninoff days”, a festival presented by Moscow Philarmonia, where he performed as a soloist and with the RNYS Orchestra conducted by D.Raiskin.

Konstantin is a prize winner of these competitions: