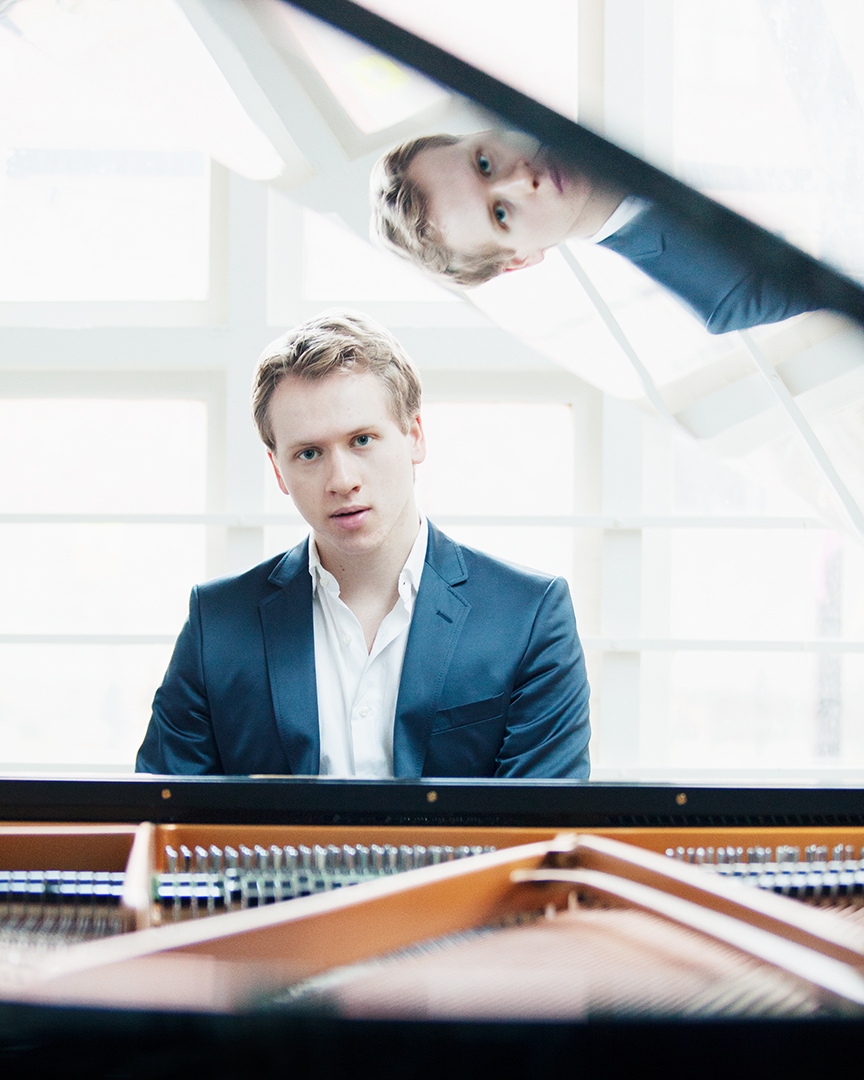 Lars Fredrik Nystad (born 1991) is a Norwegian pianist who established himself among Norway’s foremost young musicians in the last years.

In 2016 he was a recipient of the Levin Piano Prize, the highest honour for a Norwegian pianist.

He debuted as a soloist with the Bergen Philharmonic Orchestra in 2012, and collaborated with conductors such as Eivind Gullberg-Jensen and Torodd Wigum.

In 2016 he made his solo debut at the famous University Hall in Oslo; in the same year he completed his prestigious Soloist Diploma program at the Norwegian Academy of Music, with Prof. Sveinung Bjelland as his teacher. Among his former teachers, Prof. Håvard Gimse.

He is also an experienced chamber musician, and his piano trio won the 1st prize at the 2014 Chamber Music Competition of the Norwegian Academy of Music.

Lars has been playing the piano since he was 6; at 13 he was admitted as a student at the Young Talents Academy of the Barratt Due Institute of Music in Oslo. Here he has studied for six years with Marina Pliassova; then he attended the Bachelor’s courses with Prof. Jiri Hlinka and Prof. Einar Steen-Nøkleberg.