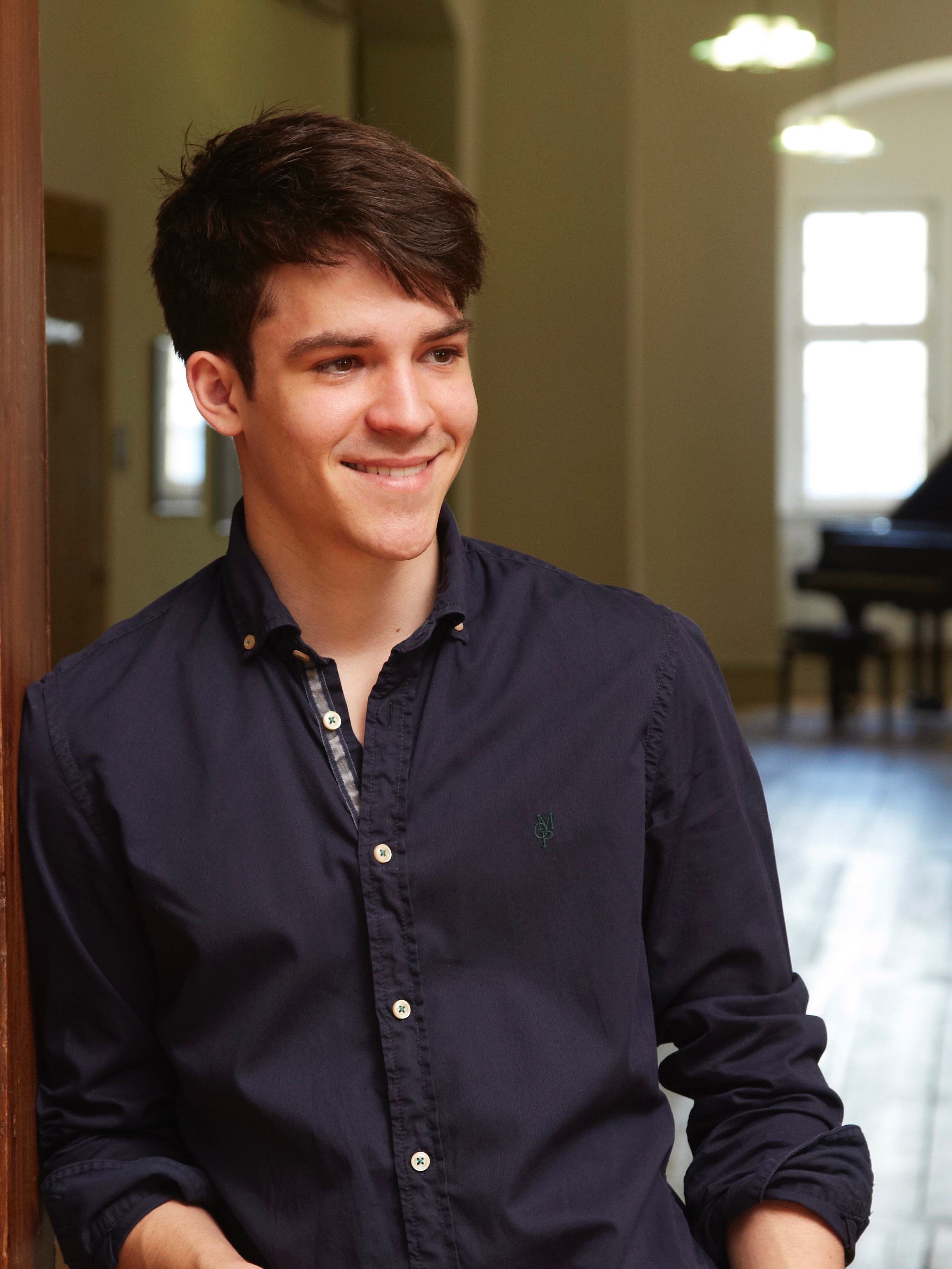 Born in Aalen, where he also grew up, at the age of five Elias Opferkuch was so fascinated by the black and white keys that he himself requested to take music lessons.

His first public appearances and awards were not long in coming. He stepped up on the winner’s podium at the Matthes Piano Competition in Stuttgart in 2005. Several regional, state, and federal prizes at the “Jugend musiziert” youth ompetition in the categories of piano solo, piano accompaniment, chamber music, and marimba solo confirmed the earlier expectations.

Together with his chamber music trio “Tripicari”, he won the special prize of the Hindemith Foundation as a distinction for the “best interpretation of a work of classical modernism” at the competition for new music in Freiburg; further he was invited by the recording studio of the Südwestrundfunk radio station in Stuttgart.

At the age of 11, Elias debuted as concert pianist with the Young Philharmonic of Eastern Württemberg, performing the “Miniature Concerto” for piano and orchestra by Alec Rowley. Even German Chancellor Angela Merkel was noticeably delighted by his soloist’s fresh spirit and stage presence.

His first concert tour took him by way of the Chancellor’s Office in Berlin to Hungary, followed by a second tour in 2012 to Italy, where he performed the Piano Concerto no. 1 in B flat Minor by P. I. Tchaikovsky.

In 2015 he got success in concert with the Bergisch Symphonic at the “Marler Debut” and at “Jugend brilliert” in Remscheid and Solingen.

His piano lessons with Professor Fedele Antonicelli, Professor Marisa Somma and Professor Volker Stenzl made him develop a mature artistic vision. He was encouraged by Professor Thomas Duis as a young student at the Hochschule für Musik Saar in Saarland.

At present, he is studying under Professor Konrad Elser in Lübeck, Germany.

He got other first prizes at the Bitburg piano competition and at the 51st German “Jugend musiziert” competition in 2014.

The “Trois mouvements de Pétrouchka” by Igor Stravinsky are among the most difficult and most virtuoso works in the entire piano literature, yet Elias Opferkuch’s performance convinced the jury of the WESPE competition to give him the “best interpretation of a work of classical modernism” award in 2014, as well as a special award of the Harald Genzmer Foundation.

Another special prize gained at the Munich competition organised by the “Freunde junger Musiker München e.V.” stressed his musical quality.

In 2016, he won the 1st prize at the “Premio Sergio Cafaro” piano competition in Magliano Sabina, Italy.

Elias Opferkuch has been awarded a scholarship by the Deutsche Stiftung Musikleben German musical foundation.